100 years today saw the start of The Battle of Pilckem Ridge which was the opening attack of the The Battle of Passchendaele which is also known as the Third Battle of Ypres in the First World War.

One of the founding Partners of Ungoed-Thomas and King – Lieutenant David King – a Royal Welsh Fusilier was sadly killed on this day in the same battle that also saw the death of the poet Hedd Wyn and hundreds of thousands other brave soldiers.

His death was reported in the Carmarthen Journal on 10th August 1917 and a memorial service was held at the English Baptist Chapel on the 19th August 1917. 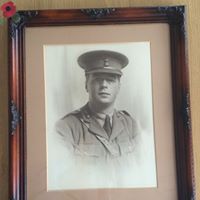 Want to join the discussion?
Feel free to contribute!

[contact-form-7 404 "Not Found"]
Looking After the Vulnerable Buying a House – Do I need a Survey?